What is molecular hydrogen water?

Hydrogen water is created when magnesium is disolved to create tiny molecular hydrogen bubbles in the water which has many health benefits.

We've tried a couple of different brands and this one definitely has the most noticable effect.

We've been using the H2 tabs for a few months now & can confirm that they have definitely helped with energy and alertness, particularly in the morning and late afternoon and a great replacement for coffee if you've quit.

It's primarily magnesium, delevoped into a disolvable form which creates the hydrogen so the uptake is much faster and more bioavailable than many magnesium suppliments.

Magnesium is essential to many biological functions and one of the most easily depleted by modern lifestyles.

It won't give you the same buzz as coffee, it's more of an extra hydration boost similar to an eletrolyte drink, but without the sugar or artifical stuff.

Molecular Hydrogen Water is scientifically researched to reduce Oxidative Stress and Inflammation, which has been proven to be present, if not a precurser for many health issues. 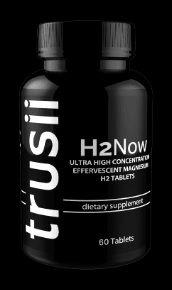 Wide-Ranging Health Benefits.
Oxidative stress and chronic inflammation are closely linked to premature aging, fatigue, obesity and chronic disease...
…but considering H2’s unrivaled ability to neutralize these primary sources of illness, we may finally have the key to optimal health.
The implications are wide-ranging, as H2 has shown potential powerful benefits for over 170 diseases and conditions.

Health Conditions researched are listed on the Trussi website and include:

"Molecular Hydrogen may have wide-ranging and powerful health benefits, and the evidence is STRONG. Over 850 peer-reviewed, scientific articles have shown H2’s remarkable potential for over 170 disease models, and many more high-impact clinical studies are currently underway. In addition, studies have demonstrated H2’s possible benefits for boosting physical and cognitive performance."

Spread the love
Posted in biohacking, products
← ‘Deciding’ to raise your standards!Change on a Global scale →

Join waiting room for your Appointment below 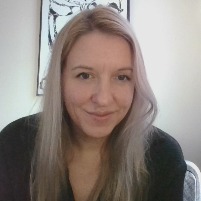